31 December 2020
Flash Player loses support after this date, causing many platforms hosting Learn to Fly games to cease to function.

Learn to Fly 3 to Steam! 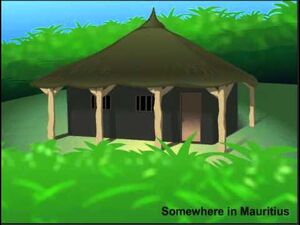 Welcome to the Learn To Fly Wiki

Learn to Fly is a series of games created by Light Bringer Games.

This is a wiki on the game series, Learn To Fly.

Please feel free to help out by adding a page, uploading an image or editing one of our pages.

Learn to Fly is a series based around a Penguin attempting to learn to fly. After a multitude of failures and excuse notes, he manages to do so. Well, until he crashes into the Wall. The dodo mocks him for his failure, and he resolves to get revenge.

The Penguin Protagonist returned in Learn 2 Fly, this time with a head bandage from the hospital, and acts a little more wisely in flying a dummy rather than doing the flying himself. The Penguin uses the dummy to destroy all the icy obstacles that stood in his way before, finally destroying the Wall that caused him to fail years earlier. Then he proves he can fly with the new equipment provided. (and without crashing like earlier)

The Dodo isn't very happy about this, and issues another challenge for the Penguin to fly to space.

Ahead of the Moon Landing, the Penguin hires Baby Penguin to go take a cannon and kill all the icy obstacles that stand between them and deep space in Learn to Fly Idle. After successfully doing so, the Penguin gathers a whole team of penguins to help coordinate a massive string of flight attempts. After many, many days, the Penguin finally flies to the moon.

But the Dodo isn't finished yet. He issues a number of challenges that he believes Penguin NASA is not capable of completing. After being proved wrong again, he gets really pissed and attempts to prove dodos can fly too. Not sure how that went really... that's up to the pilot.

The story still continues and there is more to come...

Community content is available under CC-BY-SA unless otherwise noted.